I Think I Blinked … 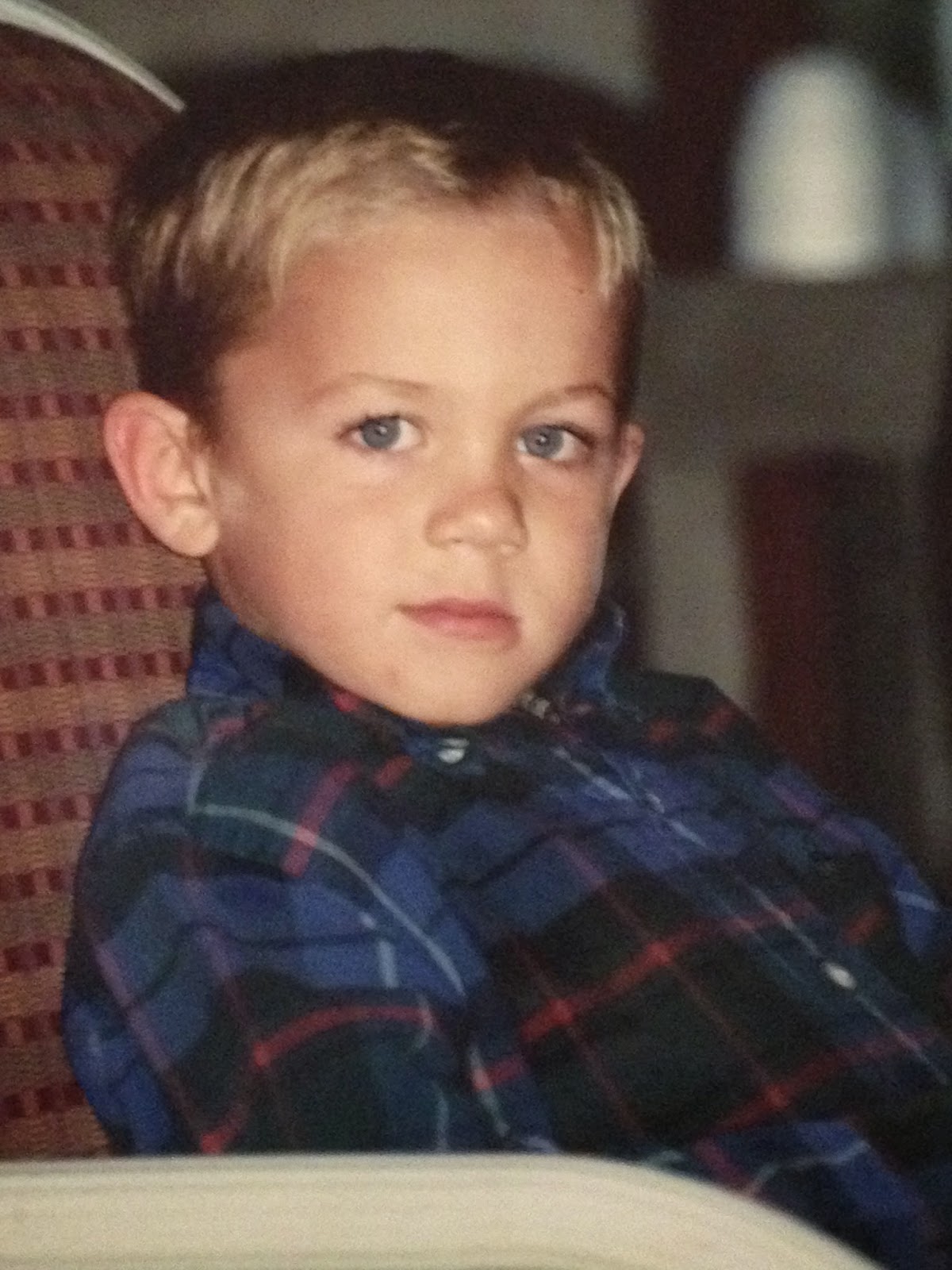 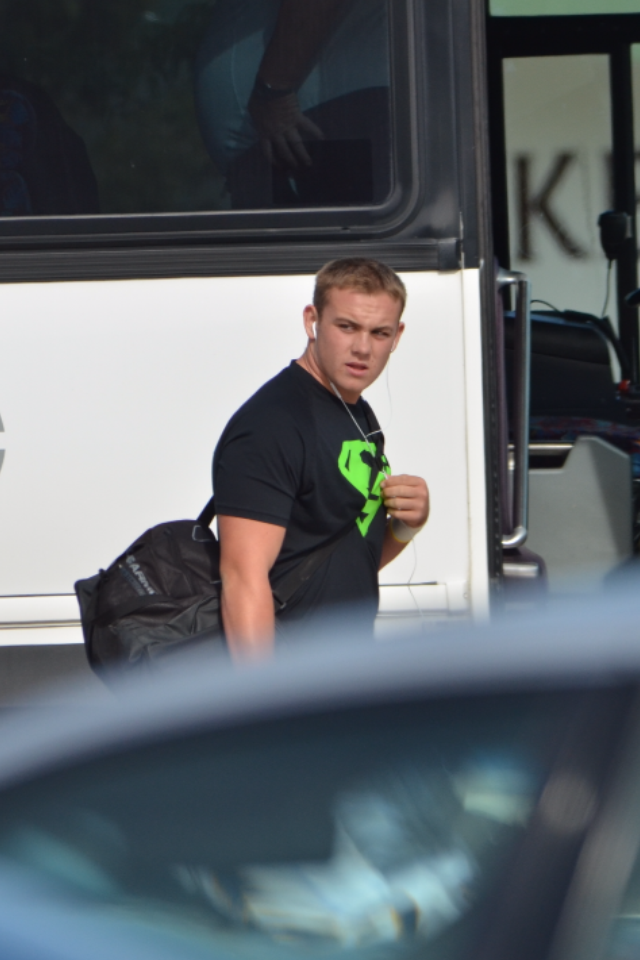 I have never been the mom who celebrates when Labor Day draws near and Staples starts running a perpetual stream of “Back to School” ads. You know, the ones where the parents are dancing, singing and celebrating the beginning of the school year? I mourn the end of summer as much as I dread the start of school.  I miss my boys when they’re gone all day, and I miss the part of mothering I enjoy – maybe the most – the mommy stuff, making breakfast, riding bikes, playing catch in the yard, driving to baseball, watching lacrosse.  I miss the contact with them, I miss them being in the house.  I miss their music and their ruckus. I miss their friends and their crazy sports schedules. Jackson sings, raps, talks, mimics, impersonates and verbally dances his way through every day. When he’s not here, I miss that. Absolutely, it drives me crazy sometimes – but mostly I’m able to see it for what it is:  fleeting.

Letting the boys go to sleepovers is a challenge for me – even at their ages now! I don’t sleep well – I have vivid dreams of awful things happening to them and wake up ready for them to come home. I do much better with all my ducks under my roof.  I have tried their entire childhoods to be sure I am not limiting them, keeping them from adventure and friendships and fun, because I am afraid and anxious. I let them do it anyway – at least most the time – and pay the price privately.

So when I attended an hour long college information seminar last week, it didn’t surprise me that I came away feeling anxious, choked up and a little undone.  College? How will I ever sleep again? I will miss him so much it makes it hard to breathe. I have 17 – 18 months left of that boy living in our home, seeing him everyday. What once felt like a distant possibility is staring me in the face and I am having trouble looking back.

About three months ago I started a feeling of panic – not unfamiliar or undoable – just a mild feeling of nervousness that I couldn’t attribute to anything particular. I struggled with post-partum depression to some degree or another after each of the boys – most significantly with Aiden I also experienced a lot of anxiety and a few panic attacks. This new feeling contributing to my thoughts was a thin version of what I experienced almost twelve years ago – that had been life changing – this was thought provoking.

At first I couldn’t figure out why, was I entering menopause? Am I on a decade long cycle of anxiety peaks? It persisted mildly – and still does – lying quietly for the most part, just under my daily routine.  As I drove home from the college seminar I felt the familiar restlessness that hijacks my thoughts. In the quiet car, with the snow falling in the high beams I tried to name it, I replayed the tape of the evening in my mind trying to find the moment when the anxiety faucet sprung a leak.

A lot of the parents at the seminar had their kids with them – I didn’t. Cooper was home studying for a Trig test – good enough excuse – but frankly, it hadn’t even occurred to me to bring him. I giggled at myself when I sat down in the auditorium (choosing a seat on the aisle so I could get out if I wanted) that not once – not. once. – had it occurred to me to take that boy with me to a college seminar that was for HIM to go to college. As I drove home in the snow, I realized a fair amount of my anxiety was coming from hearing the word “You” over and over during the talk. The speaker was an admissions officer at Michigan State University – and she spent her time primarily talking with the students. You know, the ones who are planning on GOING to college. So, her use of the word “you” made sense. “I think it’s a senior in high schools part time job to be looking for scholarship and grant monies. You should be starting that search now!” “You need to send all of your ACT scores to every college you apply to.” “You need to have made your decision by May 1” You, you, you …

I had mentally been adding all of the tasks she was assigning to the students to my to-do list. In the car it dawns on me how much easier that would be. These aren’t my assignments. This isn’t my to-do list. It’s his. I can oversee, I can nag, I can double check … but I can’t DO any of it. I was already seeing a clock hanging above Coop’s head. One of those countdown clocks – where the numbers were speeding backwards so quickly it makes you dizzy to watch for too long. All of the sudden, this stupid clock is spinning so quickly I can’t catch my breath. I don’t want it to happen. I don’t want to do it.

About six months before Cooper turned 16 my Uncle Jim and Aunt Kathy and I were talking about the boys growing up. They had raised three awesome kids and had come to watch Jackson play in a lacrosse tournament in Ohio just a few hours from their home. I was sharing with them that I was already sad that Coop was counting down the last 5 months we had before he would turn 16 and my dear Uncle said, “You know when they are growing up you think you have until they are 18. You really don’t. You have until they turn 16 and can drive. Once they become mobile you lose so much time.” I had already suspected that thought – but those words helped shape how I spent the next half a year. Driving him (or riding with him as he drove me) everywhere, never complaining, and enjoying him sitting in the seat next to me.  Enjoying his presence, his stories, sometimes holding his hand or rubbing the hair on his head (even if it was sweaty and gross from working out). On the eve of his 16th birthday, I drove him to the high school for the last time. I am not gonna lie – I drove slowly. Savoring every minute of his being in my presence. When I dropped him off I must have had that look on my face – the one where I look like I’ve lost my best friend – and he reached over and gave me a hug and said, “Thanks, Momma. Love you.” He hopped out of the car and walked away from my car and into the high school.

A lot of my anxiety comes from wondering if I’ve done a good enough job. The laundry list of things I need him to know – how to balance a check book, how to back up his computer, how to grocery shop – seems to keep growing as my time is dwindling. My panic rises until I tell myself, he doesn’t have to know it ALL before he goes – college is just the next step in his growing up. All of this worrying and the child is a National Honor Society student, he is a leader among his friends, does his homework, helps at home – all of this worrying isn’t about him. It’s about me. Have I been worthy of the sweet boy that was given to me?

What will I do when he’s gone? Thank God, I do have my other boys at home still – and they will not likely love the suffocating they get when their big brother isn’t here to help dilute my attention – but they will also quickly fly. Then what will I do? I have been a momma for 17 years. It’s the only job I ever wanted. I love every part of it – I still do their laundry (yes, I know) because I like to. I like to pack their lunches and run them their gym shoes to school when they forget. Just like I liked to change their diapers, give them baths and nurse them through the night. I enjoy snuggling up and reading them books (we still do that to). I cook them breakfast, plan their snacks and dinners. I do the things I can to support and honor their independence. Do I do too much? Probably.  I left for the weekend with Jackson back in November, we drove down to Indianapolis together for him to play in a lacrosse college showcase.  When I got home Cooper hugged me and said, “Thank God you’re home! We ate out four times this weekend.  And there is no milk.” I was happy they missed me but had to laugh. Yes, I probably do too much for them. I just hope I’ve done enough.

As my boys begin to spread their wings, I will have to learn to fly a different pattern. I am not needed in the physical way I once was by them. Their sippy cups don’t need to be filled and their chicken doesn’t need to be cut, they don’t need me to tuck them in (though they still do ask) and they don’t need me to watch their new trick they learned on their bike – 500 times. With new experiences comes new adventures – first for both Cooper and I.  I will be his momma until the day I die – and then forever after that. He will leave. And it won’t be long. And in the meantime, I will make his lunch and do his laundry and run him his history book he forgot.  I will learn how to be the mom of a college student, a young man, an independent soul spreading his wings.

I will. And I will do it again, and again.